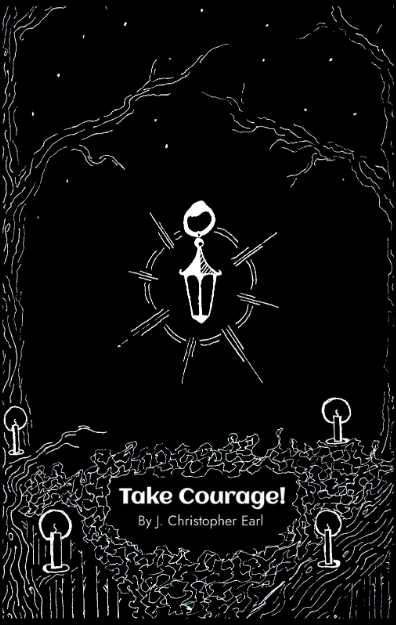 There's nothing like sitting down with a group of friends and loved ones to tell a story of heroes facing off against terrible odds, but sometimes to get there we must first face off against the rules. For young kids, the uninitiated, or those who only have a few hours to spare, heavy rulebooks can be a massive barrier to surpass.

Take Courage! aims to tackle that issue by relying on a handful of easy to explain mechanics, and providing a character building process that results in unique, flavorful characters in minutes, not hours.

The System in a Nutshell:

That's it.  That's the core of Take Courage!

So Why the Book?

Most of this book is designed to give Players interesting options, and to help GMs run different states of the game.

Inside you will find familiar but well-explained systems for Exploration & Travel, Dungeon Crawling, Combat, and Roleplaying.

Take Courage! also contains a full economy with Adventuring Gear, Services, Mounts, Vehicles, and Structures, along with a few options to re-flavor that economy for Sci-Fi Adventures.

The GM Section includes step-by-step methods for Cooperative Campaign Design, Adventure Building, and NPC Creation, allowing GMs to sit down with their group and build a campaign with them from a completely blank slate in a matter of minutes. A Quick-Reference screen is included with every download.

Ultimately, this ruleset exists to empower the GM to teach, run, and prepare games with minimum hassle and confusion. At the same time, it gives players the freedom to build nearly any character they can imagine, and watch that character grow as they overcome challenges in creative ways.

I originally wrote this book for my kids, then for my parents, because there is treasure richer than gold in moments with loved ones. I hope you can find it here.

A Note on Printing Booklets

When you download, you'll gain access to the rules in booklet form, as well as a standard pdf. To print booklets, print the document double-sided, flipping on the short edge.  Then fold the rules in half, and staple. If your stapler is too short, open the rules to the center page, place that page face down on a thick mat of cardboard, and staple through the "Spine" of the book into the cardboard. You can then use a pencil eraser to fold down the staples, binding the book.

this looks like a fun easy-to-learn game! I appreciate that although the rules are simplistic there is a lot of support for GMs in terms of making adventures and running non-combat sequences, which newer GMs may find very helpful.

What a nice little game! Yet surprisingly in depth. 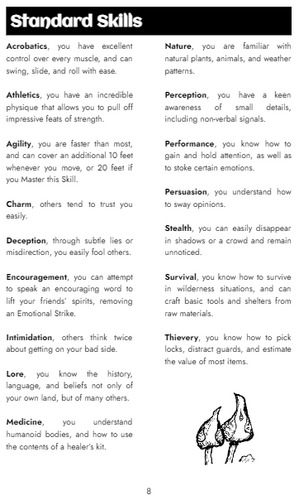 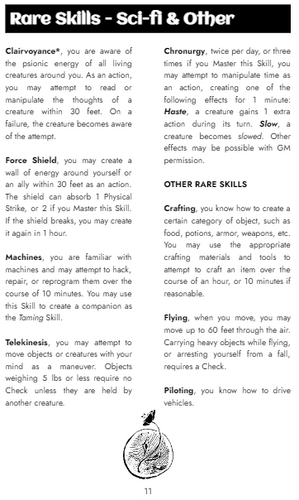 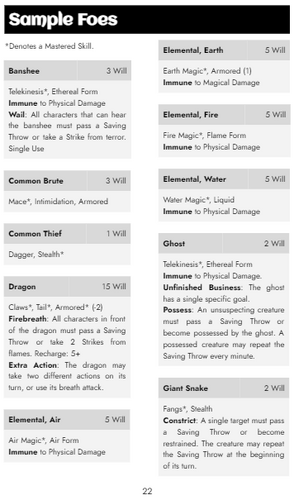 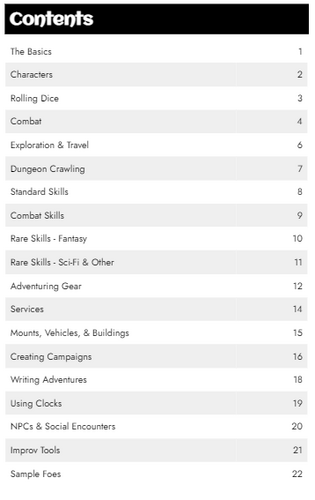